We are proud to able to take of this wonderful boy in Europe, and we hope he will enjoy his stay at Whisborne as much as we enjoy him, a wonderful dog with a temprament who charm all people he come in contact with. Yes, he surely become ”the one and only” ! 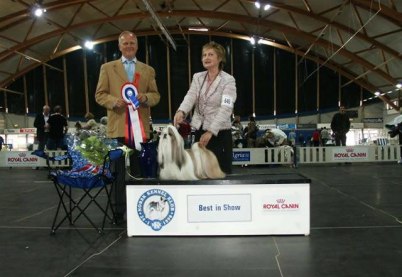 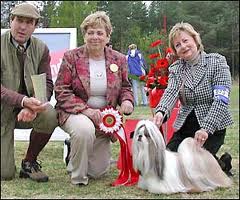 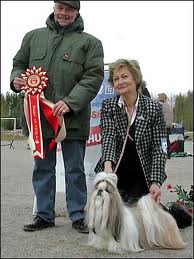 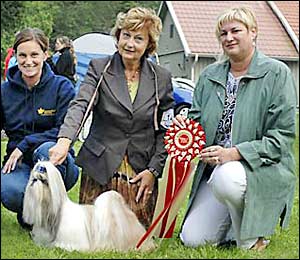 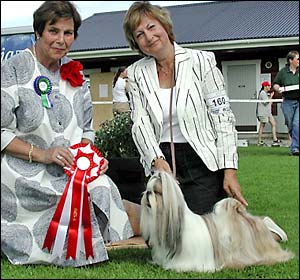 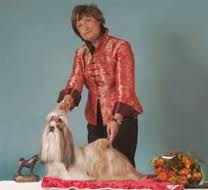 Champion title at the all breed  International Championship show In Åbo, Finland.

won Best of Breed, and the Swedish Winner-2006 title, and end up as group-
reserve, and become the #4 Top Dog of the Year – All breeds in Sweden 2006, and the Top winning Shih Tzu (based on the kennel club’s point system all breeds)

3.rd.september, Swedish Kennel Club, National All breed Ch.Show. Öland. Connor did it again and won BEST IN SHOW  (over 2000 dogs)

27 – 30nd.July, Danish Kennel Club, 4 x International All breeds Ch.Show in Brönby. Connor won 3 x Best of Breed and one Group-2, Well done ”old” boy, in a record heathwave for Scandinavia !
1st and 2nd.july, At the big Norwegian Kennel Club International all-breed Ch.Show in Trondheim, Connor won, Best of Breed, Best in Group and allmost ”did it”, and wonBest in Show -2 !!

18th.june, Afther a long tour from Ålborg in Denmark to Drammen in Norway the next day, Connor won another Best of Breed and won the Gourp-2nd. At the Norwegian Kennel Club’s big International all breed Ch.Show.

17th.june. At the  big Danish Kennel Club’s Int.Ch.Show (all breeds) in Ålborg, Connor won Best of Breed and the Group 1st !!

20-21st.may, Connor won another Best in Show, at the Swedish Kennel Club’s National All breed Ch.Show in Ånge !!

13-14th.may, Another great winn for Connor at The Swedish Kennel Club National All-breed Championshipshow in Piteå. Connor won again Best in Show !!! and was made up as Swedish and Nordic Champion!

6 – 7th.may, Connor did it again !! At the Norwegian Kennel Club International- All breed Ch.Show, Connor won Best of Breed, Best in Group and end up BEST IN SHOW !! The judges was, breed: Mr.Leif Lehmann Jörgensen, Denmark, group: Mr.Steven Seymour,UK and BIS judge was Mr.Per Iversen, Norway.

22nd.april, Another Best of Breed for Connor, this time at the Swedish Kennel Club’s National  Championship Show in Västerås, Sweden, under judge Christian Gelmeyden, from Norway.

8th.january Connor made his debut in Sweden with a great manner with Best of breedout of 78, Best in Group and Best in Show At the great Swedish Kennel Club International Ch.Show in Gothenburg! Thank you to judges,breed, Mrs. Zeena Thorn Andrews, England,group, Mr. Dan Ericsson, Sweden,Best in Show, Mrs. Agnes Ganami, Israel for this fantastic start in Scandinavia, over 3500 dogs !

Connor is sire of: